Can you have it all?

Sometimes it seems like the answer to that question is “no”.  Rather every choice seems more to be, pardon the cliché, but a ‘choice between the lesser of two evils’.

Paying careful attention to every choice I’ve been making has definitely been work and I’m finding others are asking me what I think about which is a better option.

The question of being the perfect ‘green’ consumer resurfaced for me this past week as we went out to our local toyshop to buy a gift for a friend’s daughter.  We try to shop local but a majority of the toys in our local toy store were not from the United States nor made of sustainable or compostable materials.  Ultimately, choosing what seemed the lesser of two evils, we went with a wooden jewelry box with a set of wooden beads to make your own jewelry…from China.

My brother-in-law when he was buying a toy kitchen for his daughter wondered, “is it better to purchase a plastic kitchen made in the United States or a wooden one from China?”

Another friend was shopping in the grocery store the other day and noted the organic fruit had traveled from Mexico and sent my husband a text begging the question, “is it better to purchase organic fruit from another country or local grown produce made via standard farming methods?” 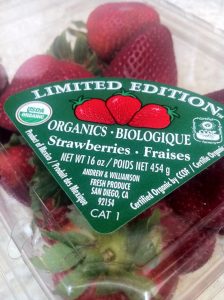 What about organic hummus, but in single serving containers?  Although most of the packaging was recyclable, it just seemed wrong.  I must confess we bought it so our son and I could take it in our lunches. 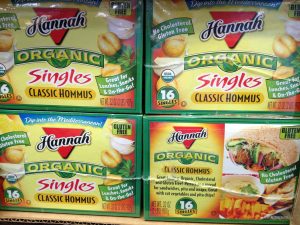 At times we are weak, like with the single serving hummus.  I also commute, which painfully has been costing me nearly $500/month on gas and does weigh on my conscience.

Other times, we try to be as stringent as possible, such as walking around at the Livermore Farmer’s Market this past Sunday; we only bought from those booths where the produce was grown locally and that had certification of their organic produce status and we walked there from our home with our son and wagon in tow.

It seems more and more of us are trying to make choices with less environmental impact but it’s becoming less and less obvious what the “green” choice is without complex calculations?  Simply realizing that each of our choices has some impact is a first step.  There are times when you can have it all but there are more of the other times, where you have to weigh the options as best you can and decide from there.

There is someone who will help you with some of the calculations.  From the University of Wisconsin Energy Institute the “Environmental Impact Calculator”.